Grace Brethren Schools started as a preschool only. As time went by, church members expressed a desire to expand to an elementary school. Five men from Grace Brethren Church began to pray for God's guidance and will in expanding the school. Through this process the church determined for the school to be successful it needed to be self-funding. 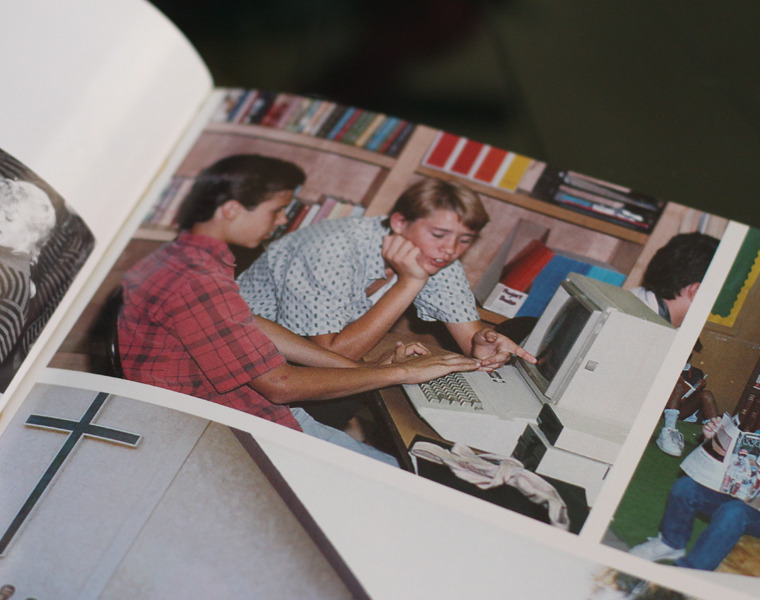 While plans and decisions were being made, analyzed and prayed for a senseless, heart-wrenching crime took place in Moorpark, CA our neighboring city. While jogging a young woman was murdered. Her husband chose to honor her love of children by donating the entire proceeds of his wife's life insurance policy to the newly formed Grace Brethren Schools to enable the opening of the elementary school at a leased facility on Arcane street in Simi Valley. As God does He turned a tragedy for one family into a great gift for many other families. We were blessed to be the benefactor of such love and generosity.From there, the school was expanded grade by grade, year by year until the junior high was opened in 1987 at the Grace Brethren Church location while the elementary school remained preschool through sixth grade on the Arcane campus. In 1988 the junior high moved to its current location on Cherry Avenue and in 1989 the high school opened resulting in its first graduating class of 10 students in June of 1993. Since that time the school has continued to grow with the total student population of 1087.

We also invite you to visit Grace Brethren Church which oversees Grace Brethren Schools. Click the image below to head to the church website.
-Jordan Bakker, Lead Pastor

Grace at a glance

We have temporarily paused our admissions applications for the 2022/2023 school year to facilitate re-enrollment of our Grace families and to process our priority applications.  Thank you for your interest in a Grace education.  Check back in late January and while you are waiting, register for an Admissions Event!