Ana Gabriel
Class of 2019
Ana has been in numerous productions at Grace Brethren with her first leading role in the 2017 adaptation of  "White Christmas".  She is also currently cast as Sally in "You're A Good Man Charlie Brown" this spring.  Ana is currently applying to nursing schools and hoping to find the perfect fit for her college experience.

Kody Morrow
Class of 2019
Kody has been in multiple productions at the Grace Brethren including his role as Lumiere in 2018's "Beauty and the beast. " Kody will be playing the lead role of Charlie Brown this spring in "You're A Good Man Charlie Brown."

Adam Souza
Class of 2018
Adam has been a fixture on the Grace stage and at the Simi Valley Cultural Arts Center. He has played numerous roles including Aladdin, Tiny Tim, Nathan Detroit, Phil Davis, and the Beast. He dazzles you with his singing and dancing as well as his contagious personality. Adam will be attending Cal Lutheran with a Visual and Performing Arts scholarship (VAPA
Scholarship) next year. Adam will also be representing Grace Brethren at the Jerry Herman Awards performing at the Pantages for his second time. We are so proud of him!

"The Grace Brethren Performing Arts Department has taught me that the times you work the hardest can also be the best times of your life when you do it with the right people. Through this theater department I have gained lifelong friends and learned how to unashamedly be myself!" - Adam Souza, Class of 2018 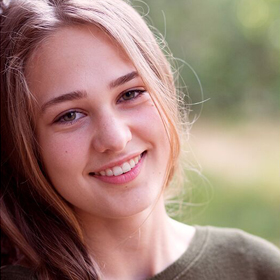 Alex Gabriel
Class of 2018
Alex has received her performing arts training at Cabrillo Theater Company and at GBS. She has starred in film and theatre, performing all across Southern California. She has been in plays such as Oklahoma!, Oliver!, Tinderella, Seussical the Musical, Wizard of Oz, The Crucible, and of course Beauty and The Beast. Alex was nominated for Best Actress for her portrayal of Adelaide from Guys and Dolls by the Jerry Herman Awards. Alex has received the Bill Kerr Memorial Trustee Scholarship at Westmont in 3 areas: Art, Music, and Theatre. She will also be representing Grace Brethren at the Jerry Herman Awards performing at the Pantages for her second time. 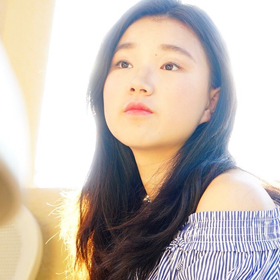 Minmin Pan
Class of 2018, International Student
Minmin comes to us from China as an International Student. She is well-traveled, having performed at the United Nations Building in NY. She has brightened up the Grace Brethren stage most recently in White Christmas the Musical as well as Beauty and The Beast. She has a vision of introducing musical theatre to the students of China so that, in the future there can be a new generation to bring a voice of hope to people who are desperate and needing to hear it. She wishes to travel the world, creating a medium which will tell unique stories to all. Minmin is a talented singer, dancer and actor. 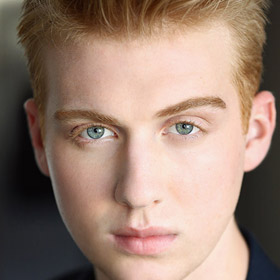 Michael J. Claridge
Class of 2016
Michael is proud to have held the roles of director, producer and vocal coach for several Grace Brethren Youth Theatre productions including The Little Mermaid. Michael continues to work in theatre, film and television. Most recent work was in A Comedy of Errors at Moorpark College. 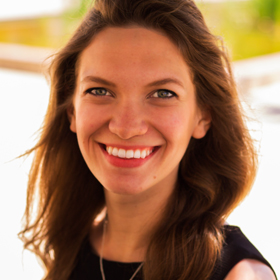 Samantha Wulff
Class of 2013
Samantha Wulff graduated from Grace Brethren in 2013, and went on to receive two Bachelor Degrees in English and Communication from UC Santa Barbara. She also attended the University of East Anglia's International Law Program in England. Since graduating from Grace Brethren, she has gone on to participate in several theater productions such as Much Ado About Nothing and Young Frankenstein, as well as taking on projects such as creating and hosting her own FM radio show, and working in the art department for short films such as Saviors. Currently, she works at Warner Brothers in the Television Distribution Department as a Clearance Consultant. 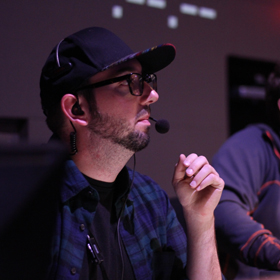 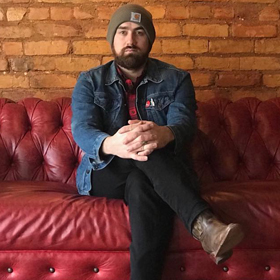 Adam Wilson
GBS Class of 2004
Adam Wilson graduated from Grace Brethren in 2004. After graduation, he studied music at Moorpark College for 3 semesters. After his time at Moorpark college, he headed to Charlotte North Carolina to lead worship at a new church that was being planted. It was in Charlotte that Adam discovered his passion for teaching music in a way that was exciting in relevant. In 2014, Adam and his wife Rachael opened a music school called "Learn Music". The school started with a roster of 15 students and Adam as the only teacher. Learn Music now has 14 teachers, a roster of over 300 students, and gives over 170 hours of lessons each week. Adam's musical education at Grace Brethren was crucial in helping him develop the skills he needed to start and maintain a thriving music school. 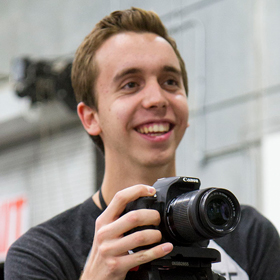 Joey James
Class of 2015
Joey James, a graduate of The Grace Academy, is still involved with the Grace Brethren fine arts department, photographing and designing art for all of the productions for the past 5 years. It was at Grace Brethren that he fell in love with theatre, and had a chance to grow in his design and photography abilities. Joey is currently attending Eternity Bible College to prepare for a life of ministry. He works full time as the director of print and digital media at The Church at Rocky Peak, and hopes to continue to do vocational ministry for the rest of his life. He admits that much of what he does now, he first had the opportunity to learn and practice at Grace Brethren by being a part of the chapel production team. In addition to ministry, Joey has done freelance design work for Disney, Chick-fil-a, and Dick Clark Productions. He started a t-shirt company in 2015, and serves as the creative director for Rocky Peak Young Adults. He is thanful for the friendships and connections he made at Grace Brethren that opened the door for him to do what he loves. 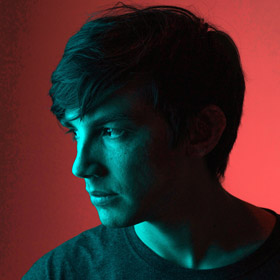 Charles Riccardi
Class of 2005
Charles Riccardi graduated from Grace Brethren in 2005. After graduating he went on to Moorpark College and took a job at an local Apple store. There, he met his wife and found a passion for graphic design. Soon after he started working at a small design studio called La Visual with a formal Alumni, Scott Stemke. In 2011 him and his wife Melanie made the move to the Bay Area in Palo Alto to start a new design job at a start up. Today Charles works as a designer at Microsoft for Outlook Mobile, and lives with his wife and beautiful daughter in San Francisco. Grace Brethren played a pivotal part in Charles' growth as both a person and creative professional. He would not be where he is today without the encouragement and support from both the students and staff during his time there. 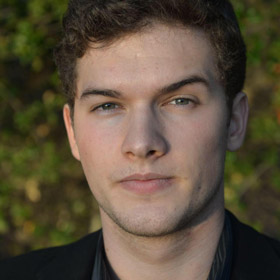 Since graduation, Christian has continued his pursuit of musical theater, performing in Out of the Box Theatre’s The Wild Party and playing Roger in Ojai’s production of RENT. Christian has also acted in several features, including the faith-based film Heavenly Deposit (2018) and a feature currently streaming on Amazon. Outside of acting, Christian has begun to work in film development, working for the Sean Daniel Company (The Mummy, The Expanse) and Trancas International Films (Halloween franchise), where he helps the development team assess and review incoming projects for film and television. In his free time, Christian develops and writes his own projects. Chris graduated from UC Santa Barbara: 2013-2017 (Double Major) B.A. Film & Media Studies and B.A. English. 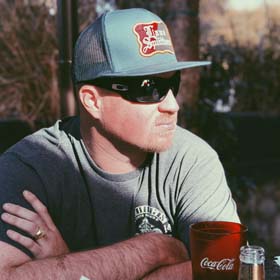 Brian Andrews
GBS Class of 2005
Brian Andrews“Brian is a camera operator in the film and television industry. After receiving a Bachelor of Arts from California State University Northridge, he began work as a camera assistant. Over the years he has progressed to Camera Operator and for the first time was the Director of Photography for “Murder in the Heartland” on the Investigation Discovery network. He has worked on shows such as the Emmy nominated Cold Case Files, Night with Game of Thrones, Night with House of Lies, Emmy nominated Sarah Silverman: Speck of Dust, Animals, Brother vs. Brother, and Big Break. Brian has collaborated with networks such as ABC, FOX, HBO, Warner Brothers, Lionsgate, History, A&E, MSNBC, and Discovery. Currently, Brian is going through the process of joining the International Cinematographers Guild and the Society of Camera Operators. When not working Brian enjoys spending time with his wife on their motorcycle driving through California’s many beautiful scenic backroads.

Connor is currently pursuing a BFA in Cinema/Cinema-Television at Columbia College Hollywood, with an emphasis in Cinematography and Film Editing.  While attending Grace Brethren, Connor thoroughly enjoyed participating in Choir, Drama and Film Editing.  He would like to express his sincere appreciation to Mrs. Ebenhoch, Mr. Carter, Mrs. Bernardo and Mr. Tolli for the countless time and effort they devoted to his learning experiences.  Entertaining has been a part of Connor's life from a very early age.  Beginning with singing and dancing at church holiday events at age 3.  He then discovered musical theatre at age 9, performing at the Simi Valley Cultural Arts Center in classics such as Willy Wonka, Jesus Christ Superstar, The Music Man and Children of Eden.  His love of entertaining continued at Grace Brethren where he had the privilege of performing in numerous choir shows and plays, including Guys and Dolls, The Crucible, Harvey, and Godspell.  Connor was chosen to represent Grace Brethren at the Jerry Herman Awards and was humbled to receive the prestigious Selah Award upon graduating.

Visit our Virtual Admission Events page to sign up for one of our campus events or Distinctly Grace, where we will explore what it means to educate from a biblical-worldview.